The pride of Saint-Tropez 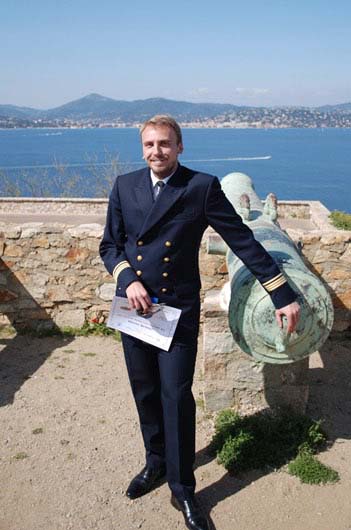 A young and brilliant captain

At 34, Maxime Benoît has already played an important role thanks to an exceptional career in the merchant navy. Youngest French long course captain, this former brilliant pupil of Les Lauriers primary school, son of the founder of Bailli de Suffren Trophy, sailed on all the world seas…

Arrived from Paris at age 10, he grew up in the family restaurant “Le Petit Charron”, located a few metres away from the port. The former pupil of Serge Astézan who was teacher at that time (and now Cepoun, tradition maintainer), has a very good memory of his first Bravade with the “sailors”. After getting a perfect higher education, he was admitted to Ecole Nationale de la Marine Marchande in Marseille (with competition) and was appointed chief officer at age 22 and commanding officer six years later! 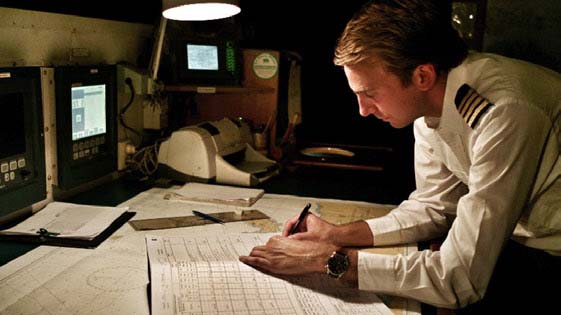 Science of the sea

This young adventurer almost travelled worldwide. You can discover his exciting adventures in his book “Par delà l’horizon”, published by Patrimoine Tropézien association and prefaced by Laurent Pavlidis, curator of the Maritime Museum of Saint-Tropez. “Each voyage is a surprise” Maxime said, still affected by one of his last trips aboard Atria, his 46 000 ton ship… : “I embarked in Romania, then we made the trip to Crimea to load a cargo for a delivery in Venice. Then, we headed for Greece and Turkey before going to the Mediterranean passing through Gibraltar, a refuelling stop in the Canary islands and we finally reached West Africa…”. So far away from here… However, Maxime, always loyal to his village, never misses an opportunity to visit family, especially during the Voiles de Saint-Tropez. He still enjoys admiring “this special light of the sunset when the town sparkles under the last sunlight reflecting on the sea…”

By continuing your navigation, you accept the use of third-party services that may install cookies Personnaliser

In accordance with the European Data Protection Regulation, we invite you to consult nos which detail the personal data we collect, their purpose and their retention period. In order to enable you to make full use of the services offered by our website, you must accept our terms of use.